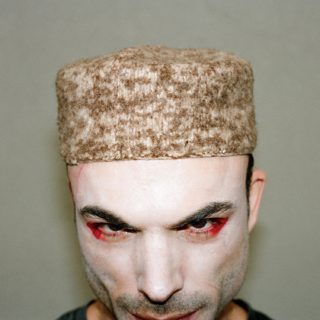 There are enough entirely disparate threads entwined around French producer Joakim Bouaziz’s sixth album that, were they untangled, they could weave a whole series of exercises in genre electronica. There’s the steady-pulse analogue synth flutter of the album’s opening and closing pairs of tracks, and the 80s-indebted sophisticated weariness of ‘Numb’ and ‘Late Night New City’, all keyboard squiggles and gauzy, distant saxophone. There are atmospheric field recordings paired with swathes of reedy, new-age synthesised choirs, the kind that Oneohtrix Point Never and Holly Herndon distort with such fascination, and, perhaps most curiously of all, there are excursions into a sort of 90s boyband balladry, with its straight, snapping snares and singalong choruses rescued from the brink of pure cheese by incongruous sax voluntaries.

The stylistic schizophrenia leaves Samurai feeling far longer than its 52 minutes, and somewhat like a labyrinth with no centre, but when Bouaziz finds his feet, as on the album finale ‘Not Because You’re Sad’ in particular, it’s hard to deny the screwy euphoria of his musical vision.