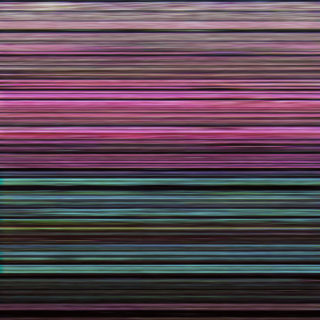 Eight years after releasing his debut solo album, and somewhere between his work as part of Hot Chip, The 2 Bears and running his Greco-Roman label, Joe Goddard eventually found the time to create the follow up to 2009’s ‘Harvest Festival’.

And where that record delivered in flashes, so does ‘Electric Lines’. Here, Goddard’s ear for the dancefloor switches from playful rave ups to stylishly slides techno, deep house and ’90s throwbacks. The heady daytime playlist-baiting synth pop of ‘Ordinary Madness’ sets the tone with its glitter ball and prom atmospherics in a soundtrack to every 1980s coming-of-age story before shifting to the spectral techno growl of ‘Children’ and the soulful, disco deep-house of ‘Home’.

Goddard briefly flickers into 2 Bears mode on the soft UK garage shuffle of ‘Truth is Light’, goes big and bombastic on ‘Lose Your Love’ and then pulls in Hot Chip mate Alexis Taylor for a characteristically curious turn on title track ‘Electric Lines’ as he ponders: “I don’t know a real ale from a fake one/I don’t know which is more sincere.”

The album rounds out paying homage to Danny Tenaglia’s ‘Music is the Answer’ with Goddard’s smooth, slower spin on the classic a fitting close to an album of solid craft and credibility.