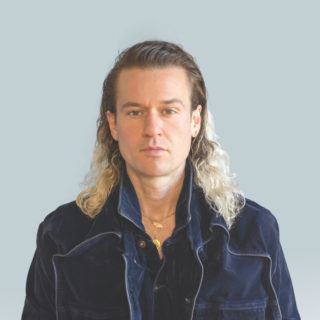 John Carroll Kirby is one of those L.A. studio background lurkers whose contributions to mega-hyped albums sneak by unnoticed amid all the hullabaloo generated by the star attraction. When he’s not earning composition and production credits on records by the likes of Solange, Frank Ocean and The Avalanches, however, Kirby makes his own albums of curious little instrumental vignettes, all gently slinking electronica and modest melody, and his fourth in as many years appears to see little reason to break that humble mould. Accordingly, assembled here are concise splashes of natty acid jazz, synth improvisation, and miniatures of sampladelic new-age strangeness, all presented more as movie soundtrack cues than fully-fledged songs.

At its best, on the album bookends ‘Blueberry Beads’ and ‘Wind’, the understated approach works beautifully: neither the former’s laconic, loping groove nor the latter’s melancholically free piano tinkling are in any hurry to impress, content instead to let the listener come to them. ‘Arroyo Seco’ and ‘Lay You Down’, too, are equally engrossing, carrying an alien quality to their dystopian lounge jazz aesthetics that’s equally familiar and uncanny. Elsewhere, unfortunately, My Garden somewhat flounders: pieces like ‘Night Croc’ are amiably unobtrusive but ultimately lacking in personality, others meander along with a leaden plod, and others still slip by completely unnoticed, like exquisitely created but plain aural wallpaper. It makes My Garden perhaps a more apt portrait of its creator than Kirby may quite have intended: full of promise and intelligence, and with undeniable musical nous, but without the pizzazz required to shine alone.