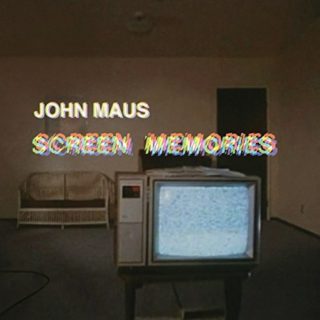 We last saw John Maus in 2011, when he released ‘We Must Become the Pitiless Censors of Ourselves’, a frantic album that channelled the dark sides of new wave and synth-pop. He’s been silence ever since, except for an interesting yet pleonastic collection of previously unreleased material surfacing in 2012. During these six years, the Minnesotan artist has pursued his academic career, earning a PhD in Political Philosophy, and worked on a new modular synthesiser, which he’s meticulously assembled to match his own vision of what this instrument should sound like. With his new machine ready, Maus filled ‘Funny Farm’ – the ranch in rural Minnesota that he shares with his partner – with classic musicians and started working on ‘Screen Memories’, his fourth album.

It’s no news that Maus collaborated in the early days with CalArts schoolmate Ariel Pink, but, at this point in time, despite a possible resemblance to a superficial ear, the two only share a love for synthesisers. With no postmodern interest in cut’n’paste, Maus’ songwriting is based on unity and harmony, greatly informed by his love for renaissance polyphony and cinema soundtracks from the 1980s – hence the greatly appropriate title. The ghost of Ian Curtis still lingers in the vocals (on ‘Pets’ most of all), but the mood of the record goes in a different direction; less claustrophobic and more open, like a great, electric, gothic symphony.