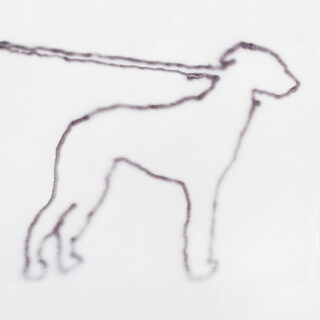 Jonah Yano has slipped into the void. A perilous gap between genres has swallowed him whole, leaving him floating alone in a soft, vanilla purgatory.

On the face of it, Portrait Of A Dog, his second album, is full of everything we’ve come to expect from the frequent BADBADNOTGOOD collaborator. The jazzy keys are there, the echo chamber is in full effect and the ethereal folk undercurrent is raging, but scratch beneath the surface and it’s clear something is amiss.

Where in the past Yano’s sound came with a healthy dose of weirdness, this time out he’s playing things straight. While no one likes an artist to stand still, Yano’s decision to deliberately deconstruct his sound backfires almost instantly. ‘Haven’t Haven’t’ and ‘Call The Number’ are expectedly reverberated affairs, but without a touch of strangeness they fail to reach the heights of yore, leaving Yano grasping at the pleasant instead of freaking his way back to the top.

There are attempts to bring back the oddness. ‘Glow Worms’ and ‘Quietly, Entirely’ give off a faint whiff of the surreal, but it’s a case of too little too late; before you know it Yano finds himself sinking back down into the depths, bouncing slowly back and forth between genres with no escape in sight.

If there’s a lesson to be learnt here, it’s that you should never underestimate the power of weirdness. Without it we’d all be floating in a vapid latte afterlife, and who wants that?