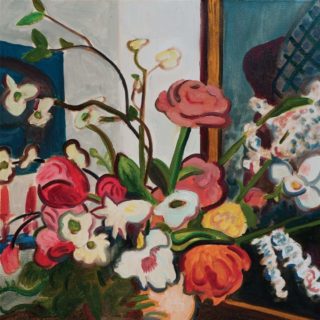 Joseph Shabason’s second LP is built around interviews that Shabason conducted with his mother who is struggling with Parkinson’s disease. This carefully constructed collection of music intertwined with snippets of speech and narration from the conversations aims to shed light on the unseen aspects of living with degenerative diseases, similar to The Caretaker’s multi-stage album ‘Everywhere at the End of Time’. Here, however, we’re confronted with blissful ambience, soft, jazz-y atmospheres and glossy electronics, rather than with distortion and literal degeneration of sound.

Shabason’s decision to clothe his mother’s words in music that mostly feels uplifting and relaxing is one that easily, and quite often, backfires. If one isn’t paying enough attention to the content of their conversations and centering their listening experience on the album’s conceptual core, many tracks on ‘Anne’ can easily be mistaken for downright predictable new age music.

The third track, titled ‘Dangerous Chemicals’, is a prime example: it almost seems like a misnomer, as it pleasantly lulls along for nearly 7 minutes. Similarly, the opening ‘I Thought That I Could Get Away With It’ is warm, slow and punctuated by charming trumpet melodies. ‘November’ – one of the album’s lead singles featuring ambient maestro Gigi Masin – is musically engaging but again, the lack of narration or context makes it seem slightly out of place; what do its triumphant filter sweeps reveal about living with degenerative illness?

A few tracks on side B of the LP express the themes of the album more successfully. ‘Fred and Lil’, full of breathy textures and propelled forward with a Frahm-esque una corda, manages to expresses feelings of anxiety, while the following voice-driven ‘Toh Koh’ is disorienting and fascinating. The closing ‘Treat It Like A Wine Bar’ feels appropriately tragic too, closing the album with somewhat of a sigh of a song, and an acceptance of the passing of time, of mortality.

The highly conceptual nature of ‘Anne’ is its biggest weakness. Joseph Shabason’s decision to build the album around rare snippets of speech that carry most of its emotional weight means that overall the record feels pleasant enough, even though I doubt that was Shabason’s intention. The few moments when it all clicks aren’t quite enough to make ‘Anne’ emotionally heavy or engaging, which is what one simply expects from an album accompanied by such a powerful narrative.