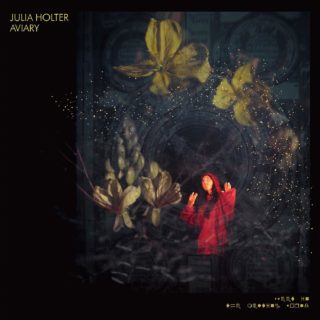 Somewhere there must exist a collection of music fans for whom the phrase “eight-minute improvised bagpipe interlude” prompts a Pavlovian response of eager salivation. Mouths must water at the very suggestion of sheets of nasal skronk being heaped upon each other in delicious dissonance for maximum sonic sourness, the aural equivalent of sucking on a lemon dipped in curdled milk dipped in nuclear waste.

For this group of aficionados, isolated by their involuntarily unconventional tastes, ‘Everyday Is An Emergency’, the fifth track on ‘Aviary’, must represent a lifeline: seldom can an eight-minute improvised bagpipe interlude have been quite so purely delivered, wilfully obstreperous and unapologetically acrid. Somewhere, this band of drone devotees will be hitting rewind on what much of the mainstream world may wish it could unhear.

Meanwhile, somewhere in Los Angeles, Holter should smile with satisfaction at a mission accomplished, because ‘Aviary’ is, above all else, an album for specialists: along with the bagpiping, there are individual songs dedicated to thunderous noise improv (‘Turn The Light On’), abstract baroque arrangements topped with ASMR-inducing whisper (‘Chaitius’), and electronic meditations about 14th-century mortality (‘Voice Simul’) – and that’s just the first half. None of it really coalesces, but it soon becomes obvious that cohesion on an album this frantic and drawn out isn’t really the goal; instead, Holter is happy to leap around for 90 minutes letting her first instincts rule, wallowing in the attendant musical concept-splat.

‘Aviary’’s second side is a little calmer: the warm orchestrations of ‘Colligere’ and ‘I Would Rather See’ are perfect settings for the serpentine melodies, there’s sumptuous melancholy on ‘Words I Heard’, and the ‘I Shall Love’ diptych is life-affirmingly bombastic, all suggesting the potential for a separate album of a more digestible length and scope.

However, Holter seems clear that ‘Aviary’ should be the monolith it is: she’s described it as reflecting “that feeling of cacophony from the internal and external babble we experience daily”, and that its starting point was a line from a 2009 short story that read, “I found myself in an aviary full of shrieking birds.” With that brief, one must concede that ‘Aviary’ is a job well done, and in the present era of buttoned-up no-risk pop, too, it’s encouraging to encounter an album as sprawling and idiosyncratic as this. Whether its very existence is enough to justify its virtues beyond the bagpipe enthusiasts, however, is harder to discern.