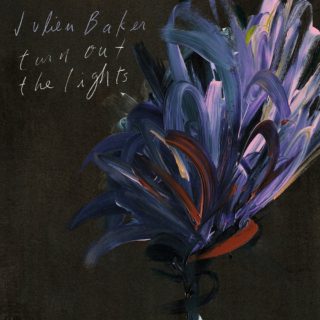 There are moments when Julien Baker’s second album sounds like an externalisation of the negative voice in your head. “Nobody’s worried about me,” she frets on ‘Sour Breath’. “I don’t need anybody’s help,” she asserts on ‘Televangelist’. The Memphis musician’s brutal honesty when addressing such themes as isolation and internal conflict is often placed centre-stage, with only a chiming guitar or piano used for backing. Similar in tone to Waxahatchee, tracks such as ‘Even’ and ‘Happy To Be Here’ are nonetheless given a more over-emotive delivery.

It’s when she introduces moments of self-deception and musical texturing, however, that ‘Turn Out The Lights’ works best. Autumnal strings swell on ‘Claws In Your Back’, underpinning its lyrical determination, while on the title track the chorus bursts into epic pop that’s worthy of an ex-Disney starlet.

These elements, blending solitariness with a wider acceptance of the human experience, culminate with ‘Appointments’. “Maybe it’s all gonna turn out alright,” she sighs while a piano echoes in the background. “I know it’s not / but I have to believe it,” she adds as an afterthought, a chorus of voices joining the last line to offer cheerleader reassurance.

It’s a glimmer of hope that offers salvation to both Baker and to the album, elevating it from depression towards the light.