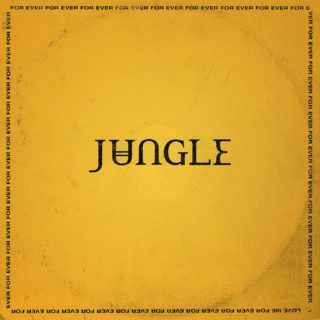 It’s been four years since a mysterious production duo known only as “T” and “J” burst into soundtracks and cool lists with their ’80s infused neo-soul and funk-lite jams. They played the hype well; the easy euphoria of ‘Busy Earnin” was quickly installed as the Hipster Soundtrack Of The Summer, while their self-titled debut, an ultra-modern, shimmering collection of syncopated grooves and synth washes, seemed ready made for sync opportunities and radio ubiquity. A Mercury Prize nomination followed, as did respectable sales, acclaim, and a two-year world tour.

But such a rapid ascent came at a cost to Tom McFarland and Josh Lloyd-Watson. “I’m a troubled man / Changed by the things I do” they sing on ‘Happy Man’, one of a number of downbeat sentiments scattered throughout second album ‘For Ever’. Moving to L.A. and falling in and out of love left the pair dazed and bruised, unsure of their new-found status; “Buy yourself a dream / And it won’t mean nothing”, they add, skewering the notion of idyllic, West Coast decadence.

Sad bangers are currently all the rage, yet despite being billed as a “post apocalyptic radio station playing break up songs”, ‘For Ever’ doesn’t wallow in self pity. Pomp and strut are in abundance, but it’s all a little familiar – both ‘Cherry”s languid tropical groove and the cosmic, funk-lite of ‘Casio’ and ‘Beat 54”s seductive bustle sound like a band trying not to change a winning formula. When they do step outside their comfort zone – the bittersweet longing of ‘Home In LA’, or ‘Cosurmyne”s woozy piano’n’gospel – the results are impressive, suggesting a breadth to their talents that wasn’t obvious first time around. Sadly, there’s not enough of that to lift ‘For Ever’ above being merely a competent follow up; just like their debut, there’s promise here, but it’ll take a little more substance to make the most of it.