“No more drunk sex on the porch,” growls Junglepussy on what is actually one of her new record’s more downtempo moments. “I’m my own snack, so why’d you bring me to the store?” It’s that latter line that encapsulates the vivid swagger that this third full-length from Shayna McHayle is scored through with; the influence of Erykah Badu and Gangsta Boo hangs heavy over Jp4, for sure, but insofar as her contemporaries are concerned, she remains in a lane entirely of her own making.

McHayle has had other things occupying her time since she dropped Jp3 two years ago – not least an impressive acting debut in Andrew Bujalski’s terrific Support the Girls – but Jp4 is an album that feels hyper-focused, referencing its myriad inspirations with knowing verve. On the moody ‘Out My Window’, it’s ’90s R&B; the atmospheric ‘Spiders’ meanwhile, rings out with eerie echoes of dancehall. The reflective ‘Arugula’ is a rare exercise in minimalism, winding a confessional over a glitchy beat, whilst Boo herself turns in a stirring guest turn on the quickfire, confrontational ‘Stamina’.

Much was rightly made of ‘WAP’s ability to empower earlier this year but McHayle already feels like an old hand when it comes to navigating themes of sex positivity with dexterity and skill; she rattles off witticisms on the stinging ‘Main Attraction’ and closes the standout ‘Morning Rock’ with a striking feminist statement: “I gotta smile so you can be comfy?” None of this is grandstanding or a deliberate attempt to make waves; it’s just the fruit of McHayle’s bracingly honest lyrical style, which serves as the anchor at the heart of an album that, in 28 minutes, serves as a thrillingly breakneck tour of her very broad range of musical touchpoints. Commercially, Junglepussy continues to fly under the radar. On this evidence, you wonder why. 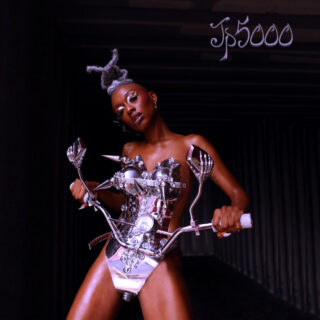 There's no messing about on this amazing new Junglepussy EP 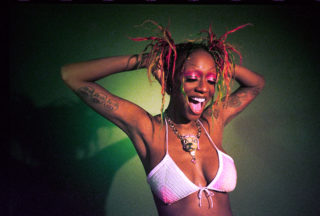 Junglepussy: "We're all just waiting on the world to change"