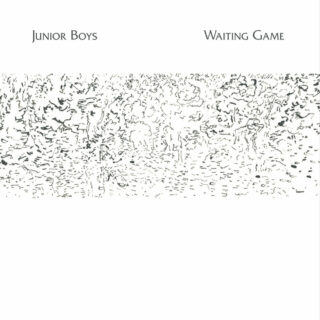 Jeremy Greenspan has a mixed few years. Since the last time Junior Boys reconvened for 2016’s Big Black Coat, the Canadian producer has seen his career flourish, collaborating on two albums with Jessy Lanza, building a recording studio in his hometown of Hamilton, Ontario, all while caring for and then mourning his father,

The result of Greenspan’s reunion with his Junior Boys collaborator Matt Didemus for a few months back in 2020, Waiting Game is an exploration of both the lakes and waterfalls of Ontario and a meditation on bereavement inspired by Florian Schneider, Jon Hassell and McCoy Tyner. However, while the music might be more contemplative than previous Junior Boys records, the duo’s sixth studio album isn’t the doom, gloom and empty soundscapes you might expect. Keeping just enough of the pop and synth-pop sounds that have always laced their music, Didemus and Greenspan have created a pop record that glows like the light of a low-watt bulb; an impressionistic blending of late-night R&B and architectural-sounding electronica.

Mostly though, Waiting Game is an album that finds its stories in the experience of waiting. It’s a soundtrack to doing nothing, written to accompany early mornings and late nights spent in the eerie quiet of Hamilton searching for something, anything, to happen. The effect is a musical equivalent of Edward Hopper’s famous painting Nighthawks, a strange yet pensive study of disconnection in the heart of a city.