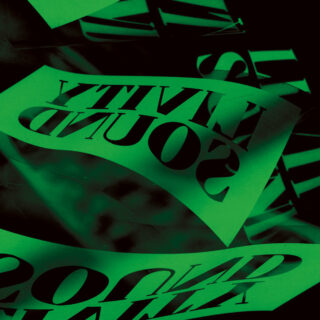 The latest edition of the Livity Sound Reverse release series finds newcomer Jurango asserting his place within the ever-evolving Bristol soundsystem tradition. Across four wiry cuts, we find sonic components of dancehall, techno and dubstep subtly referenced and adapted, in keeping with both the Livity Sound back catalogue as well as contemporaries producers such as Laksa and Lurka.

Highlight ‘Theeves’ excels in its coltish buoyancy, a skittering forward momentum that remains contained despite juggling several erratic elements, with everything anchored assertively by a warm kick rhythm. There’s a deft attention to sonic placement on display, a balance that allows sounds to have breathing space and results in a satisfyingly uncluttered clarity to the track.

‘Compassed’ closes the release in a more contemplative fashion, the focus shifted from percussion to melody, with sweetly hollow mallets taking centre stage. Though ultimately innocent in nature, the track gradually reaches a wistful end, with lightly atonal pads questioning in the distance. An understated, yet effective end to proceedings that seems to linger beyond its runtime, a hanging question mark that suggests of intriguing developments to come. Both a promising debut venture from Jurango, and a sign of the continued creative vitality of the Bristol music scene.