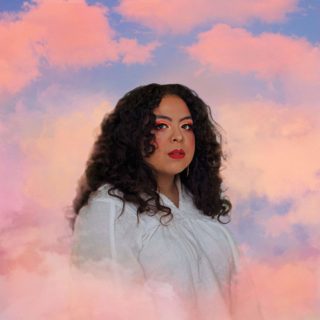 Chicago’s current ‘scene’ gets nowhere near enough shine on this side of the Atlantic. A rich world that has gifted some of the most thoughtful modern hip hop and neo-soul projects, it’s home to the likes of Saba, Noname and Ravyn Lenae. It’s also home to KAINA, a relative newcomer, at least as far as her solo project is concerned. Having worked with some of her home city’s best talents behind the scenes already, this summer she steps out with a debut album that’s as rich and multi-faceted as the musical community from which it has been born.

The record is named Next To The Sun, and that’s precisely where you’ll want to be when you listen to it for the first time. A lavish fusion of neo-soul and RnB with elements of her Latin heritage weaving it all together, at its best Next To The Sun is, to quote the city’s most famous musical talent, an unmistakably summertime Chi’ album.

That’s not to say it’s all relentless optimism. The melancholic introspection and personal details that form opening tracks ‘House’ and ‘Ghost’ are a vital part of the immersion KAINA builds throughout. Even the album’s title track has a dark undertone with fuzzy guitar lines galloping under KAINA’s gothic vocals. As the album progresses, however, these clouds pass, and by the time it reaches its towering conclusion on ‘Green’, a track blessed with perfectly mixed horns, beautiful percussion and all manner of vocal goodness from KAINA, the sun is shining once more, maybe forever.