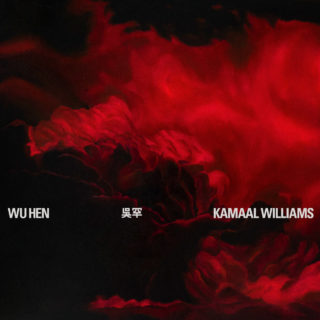 There’s an arrogance to Henry Wu’s sophomore solo album as Kamaal Williams that South London’s jazz scene has been silently calling for. Between Rhythm Section, 22a and Brownswood, Peckham has become the Western Hemisphere’s New York of the last half-decade to the point of near-saturation; hoards of releases from the adopted jazz capital have come with an incredible and exciting consistency, but little variance in their players or explorations. Black Focus was a touchpoint album, though, from Yussef Kamaal (Henry Wu and Yussef Dayes), that validated the lasting tremors of the capital’s new-jazz explosion; a bustling document of just how alive the city could sound with little more than keys, drums and an old-school Hancock Headhunters-era mentality.

Despite universal critical acclaim, Yussef Kamaal announced their split shortly after winning Jazz FM’s Breakthrough Award, cancelling their live dates together without explanation. Kamaal Williams’s solo debut followed two years later, desperately positioning itself as Black Focus 2: the album font was the same, its title was The Return, Wu’s newly launched label even adopted the Black Focus name. Its reception was stratospheric, but Dayes’s frenzied percussion was a notable loss and Wu’s own creativity felt muted. Wu Hen should really be seen as Kamaal Williams’s debut album proper, navigating his internal dualities free from the echoes of Black Focus. It’s a selfish, self-defined spiritual revolution, examining his British-Taiwanese heritage and identity through the childhood nickname given to him by his Grandma.

Spinning through celestial jazz, rap and R&B in a beat-heavy genre blend he brazenly calls Wu funk, the album’s features are few but decisive: Miguel Atwood-Ferguson’s strings and Quinn Mason’s smooth sax make Peckham jazz suited for the opening credits of Motherless Brooklyn, as if Wynton Marsalis was in the practice room along from a meditative session with Mary Lattimore. On the other end of the record, Lauren Faith’s soulful vocal curtails a gorgeously fluttering, meditative outro. Even a less-than-obvious brand collaboration with Stéphane Ashpool’s Pigalle fashion brand becomes part of his personal ecosystem, with a soft Ballads-era Coltrane percussion becoming a sandpit for minimal piano. Wu’s own virtuoso performance is the highlight, though; soul-searching jazz fusion soundtracks the spiritual conflict of yin and yang with slow-jams and Mahavishnu-esque optics, interrupted by bustling street skits and funk-fuelled breakbeat.

In the sustained genesis of Peckham jazz, Wu Hen feels like an important record, independent to the usual cast and calling cards. The sounds of community are introverted with playful arrogance in a very welcome quest to find the value of the individual voices within a community that’s still not stagnating.