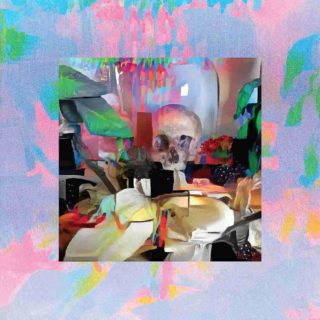 It’s been seven years since Kap Bambino’s last album, and on the surface of it, not much has changed. The French duo’s fifth record is the same wheelhouse of brash electronic punk that made up 2012’s Devotion and the vast majority of their records before that.

Full of relentless electronics and distorted vocals, it’s an album that recalls the glory days of Atari Teenage Riot and the excitement of Crystal Castles before we found out Ethan Kath was an (alleged) scumbag. However, over thirteen tracks with little variation in pace or tone, listeners will be reminded pretty swiftly why that sound fell out of the zeitgeist.

Moments of respite do come in the form of ‘Europa’, which takes a trancier direction than much of the record, and ‘Poison’, easily the catchiest track on the album, which shimmers prettily between bouncy vocal hooks. However, run through the album cover to cover, and even its most sparkling highlights get washed away in a tidal wave of synth and percussion.

Dust, Fierce, Forever is hyperactive, bratty and in your face. While long term fans may be comforted that there are still some constants in these turbulent times, there’s little on it to entice new listeners.