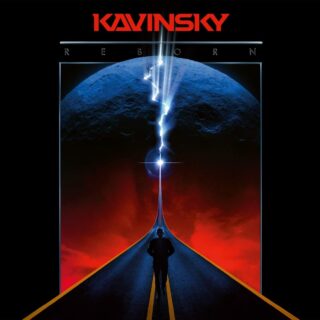 You don’t need to be a particularly avid music fan to know that if there’s a new Kavinsky record coming, it will probably mine the whole sad robots/80s neon futurism aesthetic in clean, crisp musical widescreen. After all, if you’ve racked up a quarter of a billion streams for ‘Nightcall’, the behemoth single that became the de facto theme to Drive a decade ago, you’d be forgiven for sticking to a winning formula. However, what Kavinsky surrenders to predictability he more than makes up for with exquisite execution, and Reborn — his first long-player in nine years — presents twelve iterations of his one irresistible trick to within an inch of perfection.

Accordingly, we get gracefully melancholic instrumentals in pristine opener ‘Pulsar’ and closer ‘Horizon’, and in the beautifully paced ‘Trigger’ and ‘Outsider’, relentless but never frenetic and both brimming with Random Access Memories-esque symphonic grandeur. In between are the pop songs, alternately hopeful and wistful, euphoric and crestfallen, but always driving, sleek and smooth, and all the more poignant for the sonic perfectionism that encases them. The human timbres of the various guest voices cut through the machined funk with beautiful precision, and the effect is of watching some perfectly balletic, curiously uncanny series of dances: despite the objectively jarring qualities of the soulful vocals and (in general) wilfully non-human instrumentation, nothing here is designed to wrongfoot, but just to seduce, bathing the listener in the album’s luxury stylings while making them completely aware of its plasticity. Indeed, when ‘Zenith’ – the album’s highest point, among many – opens with breathy sax and untreated piano, it’s a brief shock to be reminded that there are humans behind this music after all.

There will be those that complain that all this is pastiche, post-ironic hipsterism, or even straight up retro plagiary. But that’s to miss the point of what Kavinsky does so devastatingly on Reborn, which is to conjure imaginary landscapes that are both beguilingly beautiful and desperately sad, using a sound palette both entirely familiar and resolutely alien at the same time. These sci-fi torch songs are original, provocative and frequently disquieting, and the fact that Kavinsky makes them with relatively conventional tools, and repeatedly, without mis-step, across 50 minutes is also a feature, not a bug: it doesn’t matter if you know what’s going to happen when it sounds this good.