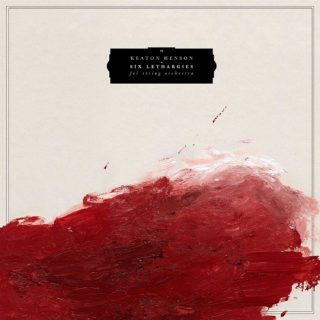 At the height of last year’s incessant summer heatwave, Keaton Henson decided to put on a concert at the Barbican Centre, exploring music’s relationship with emotion through a series of biometric studies. An audience more comfortable with a glass or two of red wine at the interval instead found themselves being wired up to a machine that read their emotional responses through electrodermal activity, and mapped them onto an algorithm that controlled the lighting behind the Britten Sinfonia.

In the twelve months since, Six Lethargies has continued to shape into a pioneering collaborative work with neuroscientists, psychologists and music theorists. The actual cross-examination hasn’t differed from the sad falsetto folk songs he was self-releasing almost a decade ago, but it’s a relief to the image of Keaton Henson as a fragile artist battling with his own mental health who – long before the comforting hand of a hashtag – always had a scratchy marriage with the expectation to perform.

The composition feels liberated without the burden of being centre stage. Recorded with the Liverpool Philharmonic, ‘Initium’ sprawls across ten minutes with the effortlessness of water on a marble floor. The trouble comes with mental health being such a nuanced experience that his Lethargies in all their gorgeousness don’t toy with discord, bar the closing minutes of ‘Trauma in Chaos’. Through two concertos called ‘Unease’ and an intricate extension into ‘Lament’, each movement has a resolve, each sad battle has a moment where both sides lay down their weapons.

Invisible realities will always be hard to extend into an audible concept quite like this, but the visual and scientific fascination of the live show only half-translates when you isolate the senses.