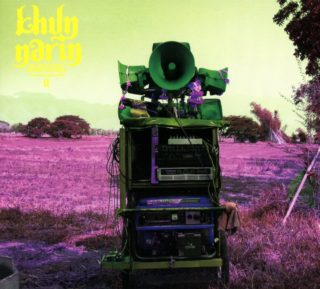 The music press love bands to have a good story behind them and psychedelic street performers Khun Narin certainly oblige. A few years back the septet were plucked from all-but-total obscurity in their native Thailand by Los Angeles producer Josh Marcy, who saw one of their videos online and decided to help the band record their super-trippy debut album ‘Electric Phin Band’ in a field outside Lom Sak in 2014. If the idea of a Thai neo-psychedelia outfit sounds improbable, bear in mind that they openly sell magic mushroom milkshakes on islands like Koh Phangan (seriously, look it up).

In any case, this second LP picks up where the last left off, again centring on the effects-maimed sound of the phin, a three-stringed lute. All eight tracks are instrumentals and none of them follow Western conceptions of conventional song structures, instead sounding like surrealistic, spliced-up improvisations of traditional Thai folk. Coupled with hard psychotropic drugs, ‘II’ is probably quite the listen but without them, it’s all rather tiresome.