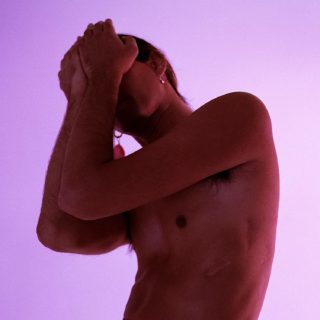 It’s been five years since their last release, but Kindness have kept themselves pretty busy in that time. After taking the decision to go on an extended hiatus to work on other artists’ music, Adam Bainbridge also managed to squeeze in their own Red Bull Radio Show, the odd lecture, DJ the Guggenheim Museum and feature in Solange’s Calvin Klein advertisement.

This re-emergence with ‘Something Like a War’ speaks to that life less ordinary and it’s an intent that permeates the glittering pop, deep house, baroque strings and ’90s R&B harmonies in a collection of woozy collaborations that characterise the album.

“I feel more comfortable putting myself entirely out there than I have ever before,” Bainbridge says, staying true to their word as they sing “Won’t try to hide it, I’m gonna be myself this time/Not gonna fight it, I let it all come pouring out,” on ‘Cry Everything’.

The album opens on the choral ‘Sibambaneni’ that urges equality and speaks to “raise your different ones” before segueing into the uplifting house of “Raise Up” that picks up the message of positivity without missing a beat. ‘Lost Without’ is similarly bright and spirited with its bright brass and heavy funk despite it lyrically mourning a broken relationship, ‘No Lies’ drizzles the keys and synths on thick and title-track ‘Something Like a War’ flips the time signatures every which way as Bahamadia’s rhythmic rap delivery works over a minimal, dexterous beat.

True to Kindness’ production sensibility, their satisfaction seems to come when they’re providing the platform for others’ to take the spotlight. It’s a selfless, instinctive approach that works effortlessly here, and while the extensive cast of featured vocalists and shared writing credits enable artists like Robyn and Sampha to revel in their individual input, there’s no doubting who the imaginative brain behind it all, even if it means sharing the plaudits.