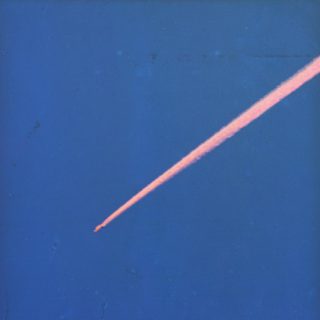 Archy Marshall is not an especially easy man to understand. His music transcends standard genre tags in a manner that suggests both a playful unwillingness to be painted into any particular corner and also a stylistic wanderlust and general restlessness that perhaps helps to shed some light on why it is that he’s released a hefty amount of music already at the age of 23, under a slew of different aliases – DJ JD Sports, Zoo Kid, The Return of Pimp Shrimp, Sub Luna City and Edgar the Beatmaker are all amongst them.

His voice, meanwhile, almost gutturally deep, with a languidness to it that tilts and turns at strange angles, is not what you’d expect on first impression from a guy who looks, as John Doran of The Quietus once so memorably put it, “like a kid sat in the back of a Prius in the car park of Barking Wetherspoon’s forlornly eating crisps.”

He returns with his second record under the name he’s best known by, King Krule, after having apparently abandoned that pseudonym in favour of his birth name on his last project, ‘A New Place 2 Drown’ from 2015, the audio component of which was apparently supposed to be interpreted less as a ‘solo’ record and more as the soundtrack to a book of the same name that he put together with his older brother, Jack.

That album didn’t necessarily boil down what he’d done as King Krule on debut album ‘6 Feet Beneath the Moon’ to its essentials, per se, but it did feel a little more focused than his last LP. It was a little less wilfully awkward, and with a sonic throughline that you could probably label as leaning towards hip hop, however broadly he then went on to play with that particular palette, referencing Wu-Tang Clan one minute and then tipping his hat to grime the next.

With ‘The Ooz’, a sprawling, nineteen-track affair, Marshall is allowing his imagination to wander once again, but he’s retained the moody step forward towards emotional maturity that ‘A New Place 2 Drown’ hinted at. When these two lines intersect, the results can be spectacular. ‘Slush Puppy’, for example, unfolds over an initially laidback instrumental backdrop that is effectively a ’90s New York City hip hop beat of Marshall’s own makeshift design, woozy synths and scratchy guitar. His vocals grow more and more agitated, though, as he descends into howls of “nothing is working with me.” The hugely atmospheric, musically rudimentary ‘(A Slide in) New Drugs’ pulls a similar trick, even if it does sound like one of those nearly-there squat demos that Pete Doherty used to give away online. The lazy, trip-hoppy ‘Biscuit Town’ that opens the record meanwhile promises something more fully formed throughout.

Elsewhere, though, there’s evidence for ‘The Ooz’ being bloated and self-indulgent. ‘Lonely Blue’ is at least twice as long as it needs to be, and the subject matter (failed relationships and their connection to Marshall’s mental health), is covered more incisively elsewhere. The unbecoming aggression of ‘Vidual’, meanwhile, robs it of the sort of brooding menace that makes ‘The Locomotive’ one of the ‘The Ooz’’s triumphs. It’s an album of contradictions, and there’s a profound statement in there somewhere. If not for a lack of quality control, this would’ve been something great.