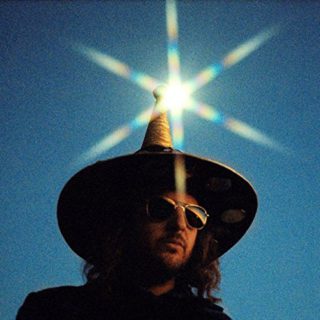 Completing his triptych on Sub Pop Records, King Tuff’s ‘The Other’ rejects the satirically tinged retro oddities of ‘Black Moon Spell’ and his self-titled debut and swaps it out for some uncharacteristically candid admonitions. In the foray of writers’ block and all its homeopathic side-effects of disillusionment and worthlessness, the record straddles hitting rock bottom while searching for the place – the mystical “other” – where songs are made.

While this is all this well and good, the title track does nothing to align itself with his pre-album statements. As the King sings that “Science can cure sickness / But what can cure my soul?” you forget to feel his burden as you’re drenched in a forcefully poetic dramatisation, at best poorly exaggerated, and self-aggrandising at worst. Only moments later, he is taking a swim in a lake of fire…

The songs work best when there’s no self-aware or desperately intimate backdrop searching for the shadows of Conor Oberst. ‘Thru The Cracks’ soars with lavish self-production with notable assistance from Shawn Everett (War On Drugs, Alabama Shakes), while second single ‘Psycho Star’ teases the goofy hooks synonymous with the Vermont psych-rocker’s solo offerings. His cosmic catastrophe that was previously out of place is now authentic.

For an album that marks King Tuff’s “psychic reset”, it’s fair to say it’s only partially successful. ‘Ultraviolet’ feels like a cheap imitation of desert blues, and closing track ‘No Man’s Land’ is a long-overdue gospel-tinged introduction for the lo-fi memories of his time with Ty Segall. But while a strong addition in all to Tuff’s discography, it’s still all smoke and mirrors to his self-proclaimed confessional revelation.