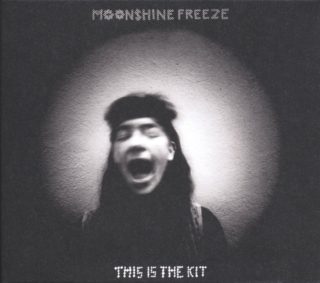 “This is the natural order of things / change sets in,” sings Kate Stables on ‘Moonshine Freeze’. The lead track from her fourth album, the sentiment supports the trajectory of her musical project This Is The Kit.

The release draws on her regular band, which includes Rozi Plain, and occasional collaborator Aaron Dessner (The National). It also has the cosy familiarity of an old pair of slippers, a concept that Stables championed long before hygge became popularised.

Yet far from being the sound of a band going through the motions, it continues their steady evolution away from pure folk. There are tracks to which that still applies: the banjo led ‘Easy On The Thieves’, which recalls the singularly English approach of Nancy Elizabeth, and the finger picked guitar on ‘Show Me So’, with its homely simplicity.

There’s nonetheless a sense that the genre is now the starting point rather than the end destination, with the cosiness a cloak for the music’s quirks. ‘By My Demon Eye’ and ‘Solid Grease’ capture this tension, the folksiness on the former being interrupted by a chorus that could have originated in a playground while on the latter a piano line breaks in from Bowie’s ‘Lady Grinning Soul’.

Throughout this the overall mood remains one of gentle intimacy. The synthesised brass on ‘All Written Out In Numbers’ and ‘Two Pence Piece’, for instance, offer the kind of sonic hug that’s associated with Elbow. Rather than being anthemic, however, it’s used to engender a one-to-one connection that’s elsewhere nurtured through colloquialisms (“what a proper pair of charlies,” she chides at one point).

There is some darkness here, with shadows lurking in the lyrics, but for the most part Stables has still created a record with a big heart and a desire to embrace magpie influences.

This Is The Kit