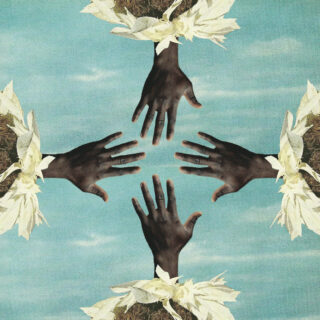 Of the acts featured on Brownswood’s increasingly era-defining 2018 We Out Here compilation of then-emerging London jazz, Kokoroko were the perhaps the biggest beneficiary: their quietly meditative ‘Abusey Junction’ exploded online, propelling the octet from relative obscurity to massive crossover potential. They’re also the last of the class of We Out Here to make an album-length statement, and although the not-insignificant matter of a pandemic surely played a role in their delayed debut, it’s not hard to see a cause-and-effect relationship between the sudden storm of interest and Could We Be More arriving over four years after the band first blew up: after all, the 50 minutes here is as mass-appeal polished as London jazz has gotten – seemingly precision-engineered not to spook anyone and so perfectly composed, performed, and recorded that hip restaurateurs across Britain won’t be able to resist.

And as background music, it really is the highest-class wallpaper you could hope for: the band play beautifully as an ensemble, locking together into the same rhythmic tics, and the first 25 minutes are so seamless in terms of dynamics and tempo that it virtually feels like a single cosmic track. Unfortunately, though, considered in the foreground, Could We Be More is over-rehearsed, over-polite and under-threatening. Never do Kokoroko channel their Afrobeat leanings into the realm of the addictively hypnotic; never do they aim to throttle the listener with a solo, or shock them into attention with a change of pace or groove. Of course, that’s no bad thing – there are plenty of ways to make compelling jazz without such tricks, and indeed ‘Something’s Going On’ has a soulful enough ache to it to serve as an answer to Marvin Gaye’s original question, and the nostalgia of ‘Those Good Times’ is undeniably charming. Ultimately, however, little here rewards close listening – even if, for better or worse, Kokoroko are perfectly likeable to hear.