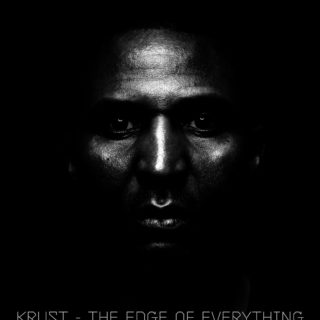 Back in the 1990s, alongside Roni Size and others in the underground scene, Krust not only helped to establish the rising ‘Bristol Sound’ of the ’90s, he also pushed drum and bass to a new generation. In the late ’00s, he retreated from the industry, and took some to time study neurolinguistic programming, created a lifestyle coaching consultancy and also launched a CBD oil company.

There have been flickers of a comeback since 2010, and a few sporadic releases over the last decade, but The Edge of Everything is his first full studio album in 14 years. Here, he synthesizes some of the suspended, Blade Runner dystopia that’s always given his music an austere basement darkness, weaving between satisfying donks and harsh mechanical beats where you can hear the industrial gears grind.

‘Negative Returns’ is all horror movie dynamics with Krust playing an Ableton Hitchcock, pushing menacing beats into film noir atmospherics for a jilted generation. ‘Deep Fields of Liars’ hits with breaks and sonar blips to create a lurking cranium-batterer that hunts you down, and ‘Only God Can Tell’ shifts into an interstellar space jam of hypnotic frequencies that roll into infinity before suddenly ending on the sounds of trains and the UK high street.

It’s an album that feels like it’s been 14 years in the making – one of tension, intensity, patience and frustration – but also one of release. Whether it marks a powerful parting shot from Krust, or a fresh salvo of more to come, it’s been worth the wait.