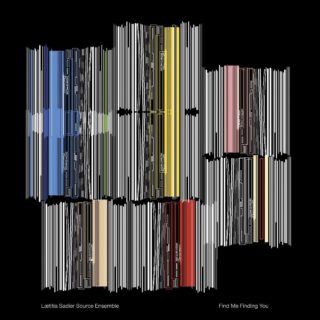 The spectre of Laetitia Sadier’s much-missed first band, Stereolab, looms large over her debut outing with her Source Ensemble. Not that that’s any bad thing: Stereolab’s calling cards of exquisitely spacious production that invite the listener to probe every strata of each song, stylish updates of 1970s kitsch exotica, knotty post-rock song features and none-more-chic French-accented ba-do-bahs still sound as seductive across much of ‘Find Me Finding You’ as they did on ‘Dots & Loops’ twenty years ago.

But instead of some nostalgic Stereolab retread, ‘Find Me’ is a sort of modern reimagination. Accordingly, while ‘Double Voice: Extra Voice’ opens with jazzy bossa nova, its yacht-rock coda is refreshingly bucolic. Equally, ‘Galactic Emergence’ is perhaps the sparsest recording on which Sadier has ever appeared, its lone electric guitar and pared-back keyboard tinkles serving to accentuate her frostily sweet vocals and an emotional frailty that was so often subsumed earlier in her career. The album’s title suggests a pleading for self-discovery, and its contents bear that out: here, Sadier feels like a musician reawakened.