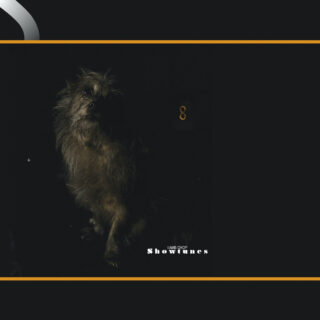 Few bands make it to their 14th album, and fewer still make it without becoming parodies of themselves, or at least retreating into the pipe-and-slippers familiarity of self-repetition. All of which makes Showtunes, the 14th from Lambchop, even more impressive – here is a restless, dense, audacious and genuinely experimental record that, despite sounding not quite like anything the band have made before, nonetheless retains their personality and wit, retooled for another reinvention.

From one perspective, however, there’s a feeling that Showtunes’ success is precisely due to its creators being this long-established: after all, in less experienced hands, it could’ve been a mess, as clashing instrumentation and influences rub up alongside one another throughout, most glaringly in ‘Fuku’, the album centrepiece that elides burbling drum machines and microsamples of singer Kurt Wagner’s voice into a loping southern country waltz, cocktail lounge jazz investigations, whizzing electronics and low-end synth drone. Instead, however, through all the soundworld detours and hard left turns, a wisely curatorial knack for juxtaposition and form endures, holding a deeply abstract album together with the same sort of investigatory confidence that elevates a Jackson Pollock canvas from a child’s paint splat.

It’s an approach that creates occasional hints of pure pop, mirages of melody and groove that never quite come into focus (‘Drop C’’s flirtation with big-room techno, and the final minute of ‘Blue Leo’ in particular), or impressionistic vignettes where daubs of brass or delicate finger-picked guitar are more interested in atmosphere than narrative (‘Impossible Meatballs’ and the brilliantly titled ‘Papa Was a Rolling Stone Journalist’), but thankfully it’s also one that, despite the album’s patchwork assembly, never feels scrappy. Indeed, there’s a lushness and warmth on Showtunes not heard on any Lambchop record since their turn-of-the-millennium “alt-country” period, and despite the record’s clear love of wrongfooting its listener, it never feels wilfully confrontational, instead inviting you into its weird landscape with welcoming arms.

“This is all I know / It’s nothing but the courage of a fool”, sings Wagner at the end of closing number ‘The Last Benedict’, perhaps obliquely summing up the preceding half an hour, and revealing exactly what is required for the assembly of a record this brilliantly daring. Three decades in, it would’ve been so easy to play it safe; it seems clear from the experimental triumph of Showtunes that, thankfully, Lambchop just don’t know how.