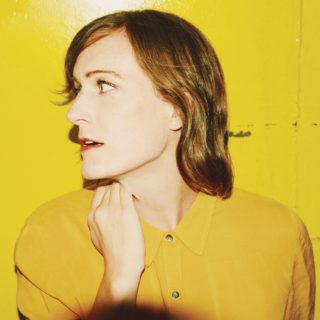 Portland musician Laura Gibson’s new album revisits the 90s heyday of tortured female singer-songwriters. Back then, we used to listen to Jewel and Alanis on repeat, rubbing vicariously against the edges of their heartbreak, mainly because we hadn’t yet experienced any of our own. But now – even with the haunting composition – all that painful introspection feels a bit laboured and, well, self-indulgent.

‘Empire Builder’ is Gibson’s first effort since her critically acclaimed 2012 album ‘La Grande’, and, as you might expect from a musician who took an extended break to study creative writing, this record has a searching, narrative thrust. The songs are pretty enough, and Gibson’s voice – clear and delicate with that sad, sexy crackle – is certainly lovely listening. But, aside from the fun, clever ‘No Kids’, the tracks are a little atmospherically repetitive. It’s the kind of music you might play at a low-key dinner party to signal the evening is winding down. And, ultimately, those slow, melancholic melodies and the mournful string sections leave one longing for something more upbeat.