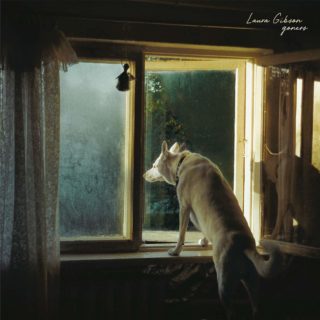 What’s the point of starting a relationship when the world’s going to shit? This is but one of the happy questions that broods throughout the sixth album from American singer-songwriter Laura Gibson.

Relationships were central to her last record, ‘Empire Builder’, but now Gibson is looking at family and domesticity through the lens of past trauma. Gibson’s father died in her teens, and ‘Goners’ is explicitly focused on the resurfacing of that grief as Gibson, now an adult, considers parenthood and setting up a proper home. ‘You’re the only home I’ve ever wanted’ she states on ‘Slow Joke Gin’ – one of the album’s clear highlights – but will that ever be enough?  There is, thankfully, salvation on the track ‘Tenderness’ – an invitation to vulnerability, and its various possibilities. ‘The future is dim,’ she acknowledges on that track, ‘but at least it’s clear.’

You don’t listen to Gibson for sonic innovation, but all the same there’s consistent surprises and depths on this record. Take ‘Domestication’, lifted by a soaring, widescreen string section and an insistent, almost motorik drums. And in her writing, your assumptions are always there to be questioned – ‘Marjory’ begins as an after-hours character study, before its central character transforms into a werewolf and the track morphs into an Angela Carter-esque comment on femininity. Hope despite the times on a thoughtful and direct progression.