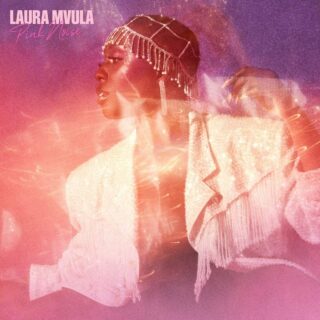 Laura Mvula has joked that she “came out of the womb wearing shoulder pads.” Given the tone of her third album, Pink Noise, that could be true. It’s packed with the classic sounds of mid-’80s pop: sparkly synths, a super-tight rhythm section and huge production.

It’s a style she trialled on this February’s 1/f, an EP that reworked songs from her back catalogue that shed their acoustic orchestration. The sonic reinvention marked her return to the industry after being dropped by Sony in 2017 following The Dreaming Room.

Being burned by the industry resulted in a crisis of faith. She considered quitting music, composed for the Royal Shakespeare Company, and it was only when she freed herself from pressure that songs started to flow. The result is the album she claims she always wanted to make.

It lacks the stylistic ambition of her previous releases, which drew on her degree in classical composition, but the ten tracks have a sense of freedom. There’s a strong debt to Prince’s funk-pop (the title track), Michael Jackson’s Bad (‘Got Me’), and even Beyonce’s R&B-inflected pop-soul (‘Remedy’).

Sometimes Pink Noise does stray towards MOR, especially on ‘Magical’ and ‘What Matters’, but Mvula’s soulful, powerhouse delivery imbues the material with substance. She unashamedly mines the neon brassiness of the ’80s, as opposed to the Studio 54 disco sound that the likes of Dua Lipa have recently revived. It’s not always that cool, but it at least sounds as if she’s letting her hair down and having fun.