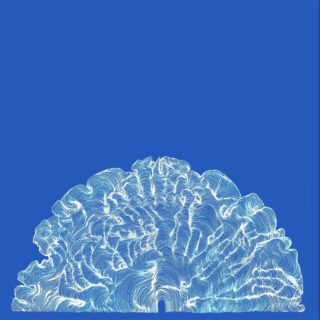 Leafcutter John’s fifth album is a something of a departure for the electroacoustic tinkerer and sometime electronics whizzkid in Polar Bear. Gone is the introspective, hermetically sealed soundworld mesmerised by its own abstract beauty, and in its place is music lodged inescapably in the real world, outward-looking and tangibly human. Inspired by a week-long hike along the North Norfolk Coast Path, and anchored throughout by field recordings of almost three-dimensional clarity made during that trip, the seven pieces here variously vibrate with the joy of rural escapism (the title track), throb with charmingly stoic determination (‘Stepper Motor’), or rumble thunderously as if cast under huge leaden skies (‘Dunes’). There’s even a smattering of political observation in the snippet of pub chat – “Is anyone likely to change their minds?” – captured on ‘This Way Out’ that, in the context of this curiously anthropologically minded album, is simultaneously chilling and rather poignant.

Built around a modular synth that Leafcutter John allows to fizz and morph around the tracks, not so much played as guided, and occasionally augmented with some gusty, gutsy drumming from his Polar Bear bandmate Seb Rochford, Yes! Come Parade With Us achieves those rare things in electronic music of feeling entirely organic (the pulses here feel informed by the imperfections of heartbeats or footsteps, not by a digitally perfect grid) and emotionally honest. The result is a paean to the English countryside and the simple pleasure of being outside, romantic and utopian and, perhaps most lasting, full of a strange sense of hope.