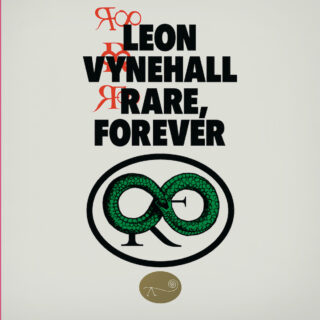 Having made his name with his pulsating vision of deep house on 2014’s Music For The Uninvited, British DJ Leon Vynehall has found himself forging a sound brimming with ornate orchestral sounds, literary intrigue, and semblances of narrative that has been increasingly stretching deep house to breaking point.

With his insatiable thirst for idiosyncratic expression, it is clear Vynehall was always on a collision course with the genre, and that’s exactly what we get on Rare, Forever. More so than previous releases, the album sounds fractured and demented, with ricocheting beats seeping through like psychotic whispers during opener ‘Ecce! Ego!’, and the visitations of dub in ‘Snakeskin ∞ Has-been’ eerily unsettling.

Despite the pervasive delirium, Vynehall still finds apertures where he can anchor his sound around glistening arrangements, with the Bon Iver-like coda to ‘Alichea Vella Amor’ and the bridge of ‘Mothra’ both transcendent.

The album reaches its apotheosis in ‘An Exhale’, a deep, exhaustive spaghetti junction of intercepting synths and snares, weaving in and out of one another, before swallowing each other whole in a most marvelous union, echoing the image of Ouroboros on the album cover. It perfectly embodies this sublime soul-searching and all-consuming record that is recommended listening for deep house fans and non-fans alike.