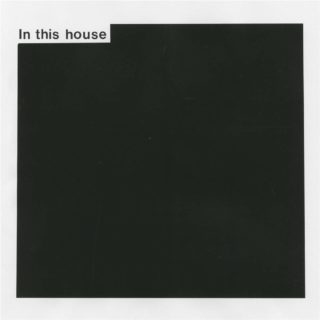 As a word of warning, the opening track on Lewsberg’s new record is not enjoyable. Arie van Vliet’s intermittent vocals are buried deep in the mix on ‘Left Turn’, crowded out by harsh, standoffish guitar chords as the singer only half tells an incoherent story. “Keep on listening – or don’t” seems to be the message from the Rotterdam-based band.

Thankfully, though, In This House – the second album from this art rock, lo-fi nihilist outfit – does eventually open its door to the listener. Complete with a persuasively smooth riff, ‘Cold Light of Day’ comes as a counter to the album’s cold start. Arie van Vliet then channels the dry wit of Bill Callahan on ‘At Lunch’ – an unrushed ode to day-drinking –  before the lolloping ‘Trained Eye’ builds a hypnotic mood. The Velvet Underground’s influence can be felt through the whole album, but this wiry song is particularly indebted to the school of Lou Reed.

The pace quickens again on ‘From Never to Once’, another track on which the guitar riffs sound pretty crass until they’re repeated enough. The band are unflinching in the album’s most hectic moments, revelling in the trainlike rhythms of ‘Through the Garden’; equally, Shalita Dietrich’s subtle bass create a sense of calm on ‘Jacob’s Ladder’, before album closer ‘Standard Procedures’ disintegrates.

Lewsberg’s iconoclastic approach to their music is in keeping with their Sonic Youth and Velvet Underground role models but also holds them back on In This House: an intriguing record which impresses with its repetitive, unpredictable nature while still feeling slightly unfinished.