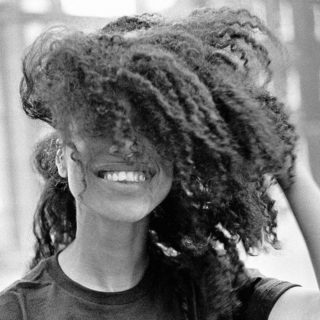 Is any current artist more equipped to write about love than Lianne La Havas? We hear love songs every single day. Most of them just wash over as the default manifestation of pop songwriting. Yet Lianne La Havas writes songs that stick with you. She’s spoken in interviews of having fans come up to her to tell her how her music coloured the early days of a couple’s relationship, or helped them through a breakup, or have been selected for a wedding ceremony. Part of her appeal as a songwriter is that her work is far more than skin-deep. Many dive into hidden vulnerabilities unearthed in moments of intimacy, or the interconnectedness of people that love can clarify with its seemingly universal pull.

Her self-titled release, the first in five years, confirms her skill and warmth as a writer of love songs. Her subtlety and precision both as a lyricist and singer manage to get to the root of swooning romance and painful heartbreak. But it would be crude not to mention her close attention to sounds on this record – it’s one of the most texturally tranquil pop releases in recent memory. ‘Read My Mind’ engulfs with quietly coy backing vocals that beckon you over. ‘What are you waiting for?’ she sings, ‘seek and you will find’, wiry layers of guitar the only thing in between us and her. The melancholic finger-picking on ‘Green Papaya’ has a gorgeous fragility that she can frequently match with her vocal, like on the cracked verses on ‘Paper Thin’ a song later.

And then there’s her absolutely masterful cover of Radiohead’s ‘Weird Fishes’, put to record after floating around as a live staple. Her resonant performance completely captures the cosmic scale of the song’s introspection. Its positioning half way through the record, after a collection of stunning love-struck ballads places pain, death and decay as dangerously close to infatuation, the two linked inseparably. There’s a darkness to this album that lifts it above her past work. The central image of being pulled down by love returned to again and again, on ‘Courage’, and on her sun that’s going down on ‘Bittersweet’. There’s a sense of running out of time that adds new stakes to the stories here. By the time we get to ‘Sour Flower’, it’s very clear that this is not an album about a relationship, but about self-understanding and growth through love.

This is a record you’ve heard many times over, in its message and musical backdrop. But Lianne La Havas handles her songs with so much care, detail and passion that, upon hearing it, you might feel those feelings anew.