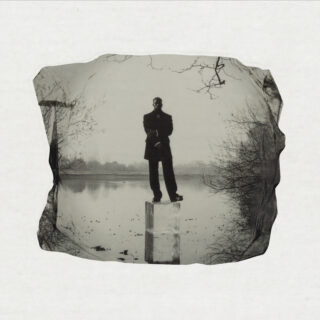 Lil Silva first joined the music scene as a member of the Bedford grime crew Macabre Unit before producing music that would later be defined as UK funky. Since then, he has stayed prolific, collaborating with artists such as Banks, Adele, Damon Albarn, and SBTRKT as well as producing his own EPs.

His debut album, Yesterday Is Heavy, is ten years in the making, and sees the artist look inward for inspiration. The record’s first single, ‘Backwards,’ shows the artist trapped in a negative thought cycle, “It’s backwards how you cyclone me / Sinkhole black hole control me.” In contrast, ‘Vera (Judah Speaks)’ finds spiritual balance alongside shimmering production, “We only make music that activates the chakras” while repeating the self-care question, “How do you feel?”

Lil Silva calls on a long list of featured artists, including Little Dragon, BADBADNOTGOOD, and Charlotte Day Wilson as well as long-time collaborator Sampha. They pull the album in new and promising directions. ‘What If?’ is probably the strongest track here. It reveals its influences in Jamaican music of the past while adding synth flourishes and a thumping bass to Skiifall’s energetic rapping, placing the track firmly in the present.

The songs tend to falter when they hinge on Lil Silva’s vocals. His delivery lacks real presence and the upper register is too airy to latch onto. Occasionally, the production loses direction too, leading many of the tunes such as ‘Leave It’ and ‘Colours’ to fade into the background. The album would benefit with more songs like ‘To the Floor,’ whose bass groove and accompanying tune remain engaging even without much vocals. Still, Yesterday is Heavy sounds different from Lil Silva’s previous efforts. It feels like a sincere and confident project that fits an artist willing to change his approach with each new project.