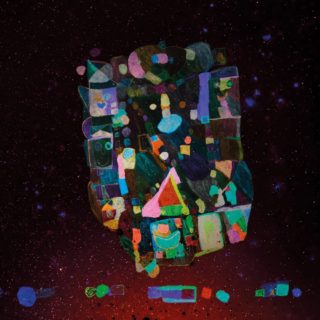 The title of Little Dragon’s sixth long player, New Me, Same Us, refers to its method of creation. Going back to basics, the Swedish quartet have made their most collaborative album to date. Yet in falling in love with their instruments again they’ve produced a release that retains their distinctive blend of electronica, jazz and R&B.

The act of stepping back in order to move forwards is part of an ongoing process to retain relevance after they failed to capitalise on the commercial breakthrough of 2011’s Ritual Union. Instead they’ve mined deeper into their sound with an album that, on face value, shares the summery breeziness of 2017’s Season High.

Lead single ‘Hold On’ is all slinky house synth lines and funky bass. ‘Rush’ is acid-jazz being played at the Brazilian Carnival. Even when the second half assumes more late-night vibes, with ‘Stay Right Here’ referencing late ’90s R&B, there’s a hazy sultriness.

Yet listen closer and there are reflective, uneasy undertones that go beyond the natural soulful melancholy in Yukimi Nagano’s delivery. The instrumentation on ‘New Fiction’, which could be one of Joan As Police Woman’s latter day soul cuts, is slightly out of kilter. There’s also a sense of disquiet in ‘Every Rain’, which renounces soulful pop with the elongated fade of a despondent synth note.

It becomes more apparent when attention is paid to the lyrics. ‘I be lying on the porch like a dying rose,’ mourns Nagano on ‘Hold On’. Meanwhile the short electro-pop burst of ‘Are You Feeling Sad?’, which features Kali Uchis, absorbs the upbeat self-help mantra of someone trying to persuade themselves that they’re doing well (‘no worries no worries no / you gonna be alright’).

On this evidence, Little Dragon are indeed going to be alright if they continue new ways of working while staying the same old them.