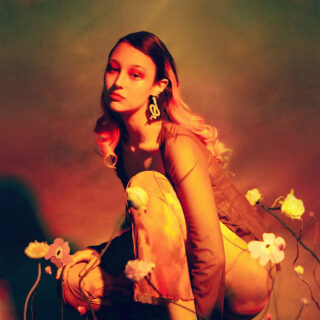 “I’m half-Korean and half-Canadian. Being mixed, it can sometimes feel like you belong nowhere. So I guess this album touches on this idea of finding your identity and a place for yourself in the world.” From this premise, Luna Li wrote her debut album in a two-year span, working and recording in her bedroom.

Pressing play on Duality means being welcomed by a burst of psychedelic sounds, immediately giving way to a mellow, perfectly-crafted tune. Li was born and raised in Toronto, but having spent a year at music college in Montreal, she’s picked up some of Mac DeMarco‘s jangly slacker rock tendencies – minus the over-the-top eccentricity.

There’s a delicate, sophisticated touch of what she defines as “dreamy rock” and “angel pop” in the ethereal vocals she delivers throughout the 13 tracks here. A multi-instrumentalist, Luna Li played the guitar, keyboards, violin and harp on Duality, and was joined in this quest for (or exploration of) identity by some of the most interesting singer-songwriters around, with Jay Som, Serena Isioma and Beabadoobee contributing to a multicultural, gender-fluid exchange of different dualities and experiences enriching an already compelling discourse on belonging. If the likes of Mitski and Japanese Breakfast are no doubt among the major influences for Luna Li, she also lists Tame Impala among her favourite bands, and the psychedelic vibes of her music really do resonate with Kevin Parker’s venture, but with a renewed, widened vision, coming from an artist with the potential to become one of the most interesting voices of her generation.