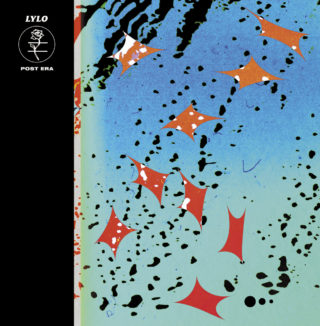 ‘Post Era’, the second offering from Glasgow five-piece, LYLO, could be an eyeroll of an album title if it wasn’t so accurate. This decade in indie rock has been as much about refashioning older styles as pushing things forward. Brittle ’90s grunge can sit comfortably next to ’70s psych on a record and we hardly bat an eyelid. There are a lot of bands tinkering with camp ’80s sounds in this post-era decade, but LYLO’s giddy performances somehow make revivalism sound fresh. The reason is right there, in their dexterous playing, winding song structures, and bombastic melodies. These are songs that would thrill in pretty much any style.

That LYLO have perfected their aesthetic two albums in is a bonus. ‘Everything’s Cool’ blossoms, with hazy guitar, warm synths, dramatic drum fills and a swooning saxophone, before settling into a tight swagger. Mitch Flinn’s expressive vocal, with its drawls, snarls and moans, lights up the instrumental. The mix is thick with reverb, but the band’s intricate playing still shines through. Everything clicks.

Justin Allan’s crisp, jazz-leaning drums stand out on ‘Turn My Jacket’, as jangly guitars and sax runs blur around them. ‘You Have Your Father’s Eyes’ is a masterful show of interplay, each futuristic sound effect forming into a cohesive picture while Jack Seaton’s punchy bass riffs guide us through the song’s unpredictable shifts. There’s a lot going on in LYLO’s music for something so instantly enjoyable.

‘Yeah Boy’ is another highlight, with a slinky, Prince-channelling groove that morphs into a different beast before it has a chance to cool down. It’s the opposite to ‘Submerge’, a fluid slow-jam that could match King Krule with its desolate, nocturnal vibe. At just seven breezy songs, ‘Post Era’ is gone in a flash, but there’s plenty to sink your teeth into within these focused, nostalgic jams.