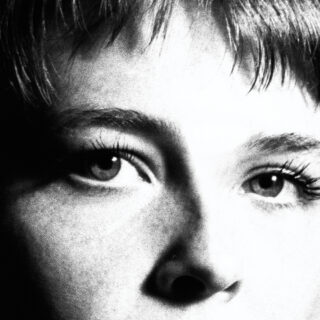 There’s something impossibly intricate about making a good pop song. By nature it has to have a good hook. A catchy melody. A subject matter that’s sad enough to make you stop and think about your own doomed relationships, but not quite sad enough to make tears prickle behind your eyes.

It’s a formula Maggie Rogers flirted with on breakout single ‘Alaska’, and one she artfully locked down on her debut full-length Heard It In A Past Life. But if Rogers’ discography thus far has been a slow-burn relationship with the grand-slam pop hit blueprint, latest offering Surrender is the messy divorce and the squabble over custody of the children.

Perhaps falling victim to the second album curse, or maybe just losing itself under layers of overproduction and a mildly incoherent tracklist, Surrender makes several valiant attempts to establish itself as a pop album for the history books – but they never seem to land, at least not with any conviction.

With too-loud instrumentals (‘That’s Where I Am’), convoluted and occasionally rambling runtimes (‘Horses’) and a handful of tracks that feel as though they are about to erupt into something bigger but never seem to push themselves over the edge (‘Symphony’), the album’s potential seems to get lost amongst the knotty and disjointed threads of its own over-embellished tapestry.

While Rogers’ savvy and self-aware lyricism and ever-immaculate vocal performance does manage to shine through – ‘Anywhere With You’ is an album standout with soaring synths and a melodramatic realism that encompasses all the cinematic touchstones of navigating an ill-fated love life, and ‘Overdrive’ blends charming big anthem energy with an ethereal and detached air that is as stirring as it is sweet – the album seems permeated with an unshakeable sense that, while trying to do something a tad experimental, it’s really just overcomplicating a blend of sounds and stylings we’ve heard before.

Take ‘Want Want’ for example, a track that’s opening few seconds sound like something plucked straight from Days Are Gone-era HAIM, or bleary-eyed closer ‘Different Kind of World’ that features an emotive breakdown of cymbal crashes and cascading guitars that unfold like an underwhelming parody of Phoebe Bridgers’ gargantuan ‘I Know The End’.

And maybe that’s where the problem with this album lies. For all its good intentions – and the impressive set of well-written melodies that lay buried under a tangle of over-produced synths and jarring instrumentals – Surrender feels a bit too much like a pastiche of a good pop album, rather than a record that can be counted as one in its own right.