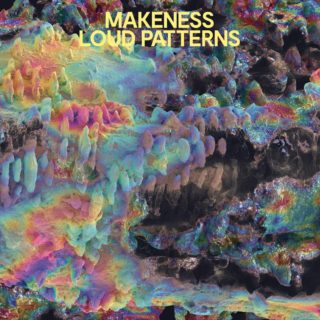 The past decade has seen a healthy emergence of forward thinking Scottish electronic producers, including Rustie, Sam Gellaitry, Hudson Mohawke, all of whom garnered high praise for their instantly recognisable production styles. And now we have Kyle Molleson. Under the guise of Makeness, his debut record is aptly titled as it’s filled with in-your-face, flat-out bombastic production. It’s also massively flawed due to a sonic identity crisis.

Makeness himself says Caribou is a huge inspiration for him and his music. This is an influence he’s not afraid to wear on his sleeve as almost the entirety of the record vocally and melodically attempts to emulate Dan Snaith and/or indietronic record in the vein of the Friendly Fires or Totally Enormous Extinct Dinosaurs. Straight from the get-go the album is dedicated to this goal, and while the opening title track plays with some exciting textures, it ends up sounding like Two Door Cinema Club being produced by Super Hans.

Where vocals are absent the record thrives, the opening half of the questionably titled ‘The Bass Rock’ coming off like a nice break from the album’s derivative first side. The quality quickly descends, however, when a synth line emerges that is almost identical to Boards of Canada’s ‘Roybgiv’.