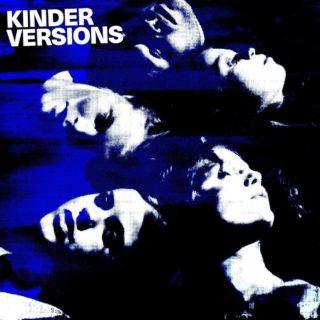 Mammút took their name from the Icelandic for ‘mammoth’, apparently at random. In truth, if we’re comparing their moniker directly to their sound, then they might have been well-served to have looked up the word for minimalism in their mother tongue, too, seeing as this fourth LP falls somewhere in between coming across as huge and intimate. How successful that balance proves is another matter entirely; the album’s thicker and more atmospheric moments, like ‘The Moon Will Never Turn on Me’ and the sultry ‘Breathe Into Me’, recall Poliça at their most brooding, whilst woozy opener ‘We Tried Love’ is a simple idea stretched out to an unnecessary seven-plus minutes.

As much as direct comparisons between Icelandic artists and Bjork are usually lazy, they feel relevant here, and not just for incidental reasons – singer Katrina Morgensen’s dad used to play bass with Bjork back in the day. Morgensen’s vocal style is clearly modelled after the national hero, but ends up feeling like a bit of a blunt instrument, lacking nuance, especially on the likes of the clanging ‘Walls’ and melodramatic closer ‘Sorrow’. That, coupled with the fact that the album is far too long given its limited ideas, and ‘Kinder Versions’ feels like a real misfire from Mammút.