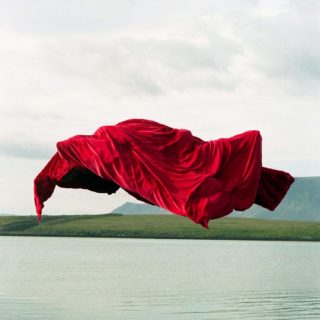 For a country with a population of a few hundred thousand people, Iceland’s musical output is prolific: there’s Björk, of course, Sigur Rós, and most recently indie darling JFDR – not to mention the country’s viral entry for this year’s Eurovision. Yet Mammút have remained relatively unknown outside their native country, despite releasing four excellent albums over the past 14 years. Their fifth, Ride The Fire, will hopefully change that: it’s an epic indie pop opus which sees the five piece soften their guitar laden sound, whilst losing none of the impact.

Recorded between London and Iceland (and produced by Arni Hjorvar of The Vaccines), their second English-language release is rich in texture and symbolism, with singer Katrina Mogensen’s breathy, faceted vocals enveloped by layers of synths and electric guitars. The lyrics are ambiguous, and Mogensen admits to writing songs without necessarily knowing what they mean, but a clever use of harmonies provides a sense of narrative – particularly on the brilliant, theatrical single ‘Prince’. Unsurprisingly, given its birthplace, Ride The Fire is full of nature-inspired visual imagery, but it’s not just the lyrics that evoke the dramatic Icelandic landscape. Throughout the album, Mammút build a dense, atmospheric sound which captures all the ethereal beauty of their homeland, but will resonate far beyond it.