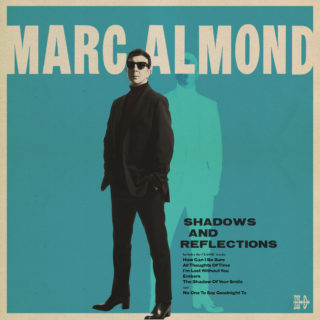 Given that some of Marc Almond’s finest moments have been reimaginings of dusty pop (‘Tainted Love’; ‘Something’s Gotten Hold Of My Heart’), an album (un)covering sixties orchestral torch song nuggets is a promising prospect. However, ‘Shadows And Reflections’ cares less about reinventing its source material and more about simple recreation, leaving an album of admittedly bulletproof vintage pop but disappointingly little by way of the artsy subversion Almond does best.

What’s more, the decision to play these songs with an entirely straight bat puts the pressure on Almond’s vocals in the manner of an X Factor audition, one which he only occasionally passes: ‘Blue On Blue’, ‘I Know You Love Me Not’ and ‘The Shadow Of Your Smile’ have an enticing theatricality, but elsewhere Almond’s intonation is discomforting and his delivery rather flat. It gives ‘Shadows And Reflections’ the feeling of a missed opportunity. These odd, lonely and often creepy songs should be dynamite for one of pop’s great shapeshifters, but ‘Shadows And Reflections’, while perfectly listenable, is little more than misty-eyed nostalgia.