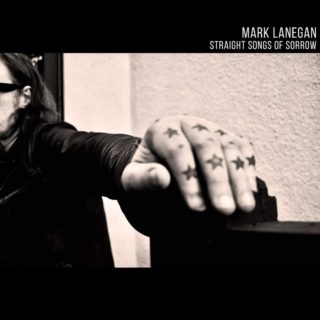 Inspired by his new memoir Sing Backwards And Weep, Mark Lanegan‘s new album Straight Songs of Sorrow’s story is one of unsparing candour. On his twelfth studio album, Lanegan takes us on an autobiographical journey from his troubled youth in eastern Washington, via recounting drug-addled tales from the ‘90s Seattle rock scene, to an unlikely awakening at the dawn of the 21st century. The results are a mishmash of parallels and contrasts: death and tragedy predominate, but humour and hope linger in the distance.

Here, Mark Lanegan continues to negate conventions by finding catharsis in electronic music. While his memoir laments the struggle of finding peace, this album documents how he eventually found solace in music. Alongside the synthesised constructs of later work, there are elements of Lanegan’s early writing that occasionally shines through: the leisurely acoustic guitar on  ‘Apples From A Tree’ echo 1994’s Whiskey For The Holy Ghost, for instance. As much as these additions add measured warmth to the album’s chaos, Lanegan excels most while experimenting with electronic techniques.

Indeed, there is light in the darkness: just as his book ends with the subject overcoming adversity, battered but cleansed, Straight Songs Of Sorrow ends with the hopeful ‘Eden Lost And Found’, an expressive ode to positivity, and the overwhelming feeling of freeing yourself from the struggles of life’s grievances. There are a few too many moments that don’t quite reach the  strange, dizzying heights of the album’s promising opener, but in all, it feels definitive, inspired, fresh and unusual – a combination that is as rare as Lanegan’s prolifically brilliant song writing abilities.