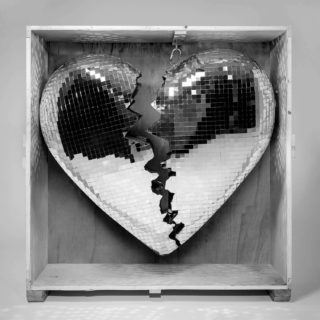 Pop music has always been a shorthand with a lucrative heartbeat. That it stands for “popular” means a pay cheque follows, and it doesn’t need an album to realise that. It’s the genre that’s beaten down the format’s relevance for a new generation of ears to near extinction, and the music industry’s only effort to save it included talking head Tom Odell earnestly assuring you it could still be worth something, emotionally speaking.

But here’s the thing. Mark Ronson defined this kind of digitized easy-access to music’s American Dream. ‘Uptown Funk’ was the most played song of a churn-out generation. It’s made your uncle’s best of the year CD for the last ten years and it wasn’t even out for half of them. But he’s also laid down the production to some of pop’s most critically adored albums. On Late Night Feelings, there’s some kind of psychic restoration. It’s brilliant: unsettlingly off-balance with singles that shouldn’t be singles; production that crackles through ebullient torch songs with familiar crests and high ecstasies. It’s got the kind of dusty authenticity that sounds like every song was already being sung when Ronson happened to turn up.

That Miley Cyrus song that we all love is the shining centerpiece, a nu-jam of ‘Jolene’ and joyously restorative. But you can’t listen to it until you pass down a three-song YEBBA corridor. Her contributions steal the release, spinning through dizzying minimalism in ‘Knock Knock Knock’, hitting a sultry anthem in ‘Don’t Leave Me Lonely’ and ‘When U Went Away’, shattering more broken hearts in a poised two-minutes than most crooners manage in a lifetime. Nostalgic production whinnies through tape crackles and the needle drop, linking an Alicia Keys sample with an Angel Olsen track that could be a My Woman B-side; it makes Diana Gordon and Lykke Li work as vocalists over hissing dance beds more like Nicolas Jaar than Mark Ronson. It’s one long night of sad bangers at Club Heartbreak and we’re all going down, one pendulum swing of a broken heart disco ball at a time.