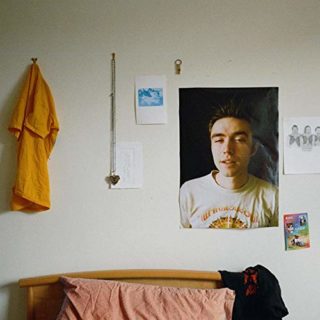 We’ve all had our fill of breakup records, have we not? Matt Maltese, the London-based singer-songwriter whose 2018 debut Bad Contestant introduced a distinctive, sardonic new voice, one often referred to as the British Josh Tillman, has offered a new entry into the genre; one that at least maintains his singularity.

Written and recorded in his Elephant and Castle bedroom, Krystal prospers through honesty; a direct and personal account of the last few months of Maltese’s life. The titular character is never far from his mind, but wisely, Maltese opts to shine a focus on his own frailties. “Long baths, podcasts/ I’m crying when I’m smashed/ Haha, welcome to grieving,” he sings, self-effacingly, on ‘Rom Com Gone Wrong’, whilst on ‘Curl Up and Die’, he shares the lines, “I worshipped the towel you dried on/ I’d kill all my friends for you”.

His knack for a wry turn of phrase keeps the album from the perils of morose self-indulgence. The production is warm, the arrangements are uncluttered and the mood is reflective. It does mean that we can meander a little too freely into the realm of the daydreamy, however, with tracks such as closer ‘When You Wash Your Hair’ somewhat hammering home a point that had long since been clarified. To criticise seems unfair, though, when so often the charge of disingenuity is levelled at emerging acts. Maltese is authentic and shows a winning personality throughout Krystal.