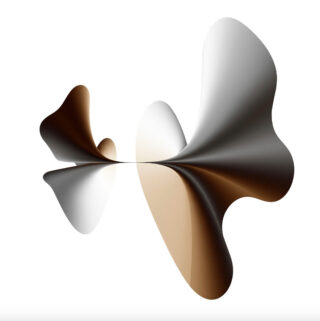 Max Cooper is a bit of an enigma in modern techno, and seeing that it’s a genre filled with eccentrics, that’s no mean feat. Over four albums he’s usually lumped together with James Holden and Com Truise’s cosmic blend of rock post, neoclassical, and taste-the rainbow dance. Yet, he’s always given the impression that there was something squelchier and wholly more organic lurking beneath the surface.

Now, finally, with his fifth full-length, Cooper is honing in on the more expressive aspects of his music. Described as a “raw expression” of his mental state, Unspoken Words is a refreshingly down-to-earth effort that sticks to the magic found in mundane human connection more than the head-in-the-clouds utopianism of his contemporaries.

That Cooper can say so much with so little is easily the most impressive aspect of this album. Even though each track seems to contain acres of empty real estate, and what little vocals there are come across as simply half-heard echoes that occasionally cut through the swirl, almost every track here drips with meaning and emotion. ‘Ascent’, for example, layers texture over texture, building slowly into a monumental-sounding ambient composition to rival Apollo-era Eno. ‘Exotic Contents’, on the other hand, is a dark slice of disconnected dance music; a drum and bass tune played at a ballad-like speed that arrives out of the ether like a club track for the lost and lonely.

If you had to pick two tracks that sum up what Unspoken Words is about, then it probably has to be the two collaborations with fellow experimentalist Kotomi, which land back to back early in the record. Adding her vocals to ‘Inanimate to Animate’ and ‘A Model of Reality’, her breezy, hymn-like improvisations jump out, like finding an All Saints single playing in the middle of an empty white-walled art space. It’s a beautiful, sensory pop of humanity in a record that seems to ache for something real.