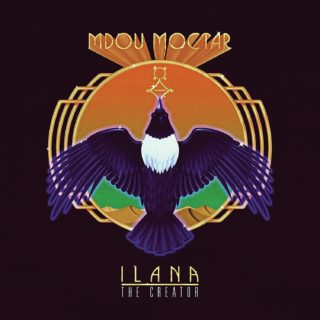 Many musicians face the age-old problem of how to get their music “out there” but none have achieved it quite like Mdou Moctar. Back in 2013 he’d recorded an eight-song album but not officially released it, yet his music still managed to make its way throughout West Africa via a network of mobiles and memory cards as it took the Sahel region of Africa by storm.

Jump forward a few more years, and a few more albums, and Moctar’s spaced-out blend of shredding guitar and traditional songwriting grips as strongly as his backstory. Born and based in Niger, he sings about religion, love and peace in his native language, but it’s his adaptation of Tuareg guitar music that transports tracks from desert sessions to wailing, stadium-sized solos.

Opener ‘Kamane Tarhanin’ feels like the meeting of worlds with its hypnotic incantations set against Moctar’s dexterous, fluid fretwork, the fleeting ‘Inizgam’ moves with a Zeppelin-esque weight and groove, and the melodic ‘Asshet Akal’ layers lick after guitar lick of as Moctar sings a missive for the Tuareg youth.

And while the energetic ‘Tarhatazed’ speeds things up with a quicker, punkier pace, it’s ‘Ilana’ that restlessly steals the show with Moctar finding the balance between slick solos, scuzzy psychedelia and the kind of rhythm that makes you wonder what might have happened if Jimmy Page had been born in Tripoli instead of London.

Few have stories as compelling as Mdou Moctar but, as ‘Ilana (The Creator)’ testifies, he also has the Saharan sounds to back it up.