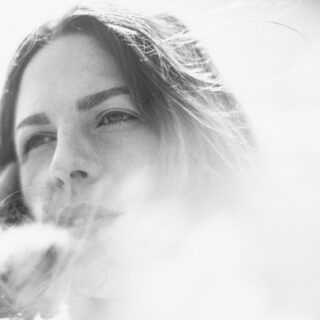 Melody Prochet’s last album, 2018’s Bon Voyage, was overly dense and lacked a grounding identity. In response to its maximalism, the Parisian singer-songwriter claims the sessions for her third album were guided by simplicity. This isn’t obvious when listening to Emotional Eternal.

It may have a running time of only 30 minutes but it covers a lot of ground, with the mainstays across the eight tracks being psych-pop and her airy falsetto. Myriad other influences are present from the start, with the title track breaking into jazz-funk. It also features guitars that have been manipulated to sound like a trilling harp; an effect that’s repeated on the chugging ’60s pop of ‘Looking Backward’.

These barely prepare the listener for the musical itchiness of ‘Pyramids in the Clouds’ and ‘Where the Water Clears the Illusion’. The former twists from dream-pop into a semi-motorik rhythm before throwing in the heavy psych of Goat. The latter adds a dash of Metronomy’s synth parts and the indie-pop guitars of The Duke Spirit.

It closes with ‘Alma_The Voyage’ on which she directly addresses the album’s theme of peace. “I’m so happy,” she heliums at one point. “I’m so lucky,” she adds later, while an easy-listening flute contends with a retro pop beat and a piano line that’s begging for a house remix. There’s a lightness to these musical diversions that succeed in her desire to create uplift. But while it offers more experimentation than most albums filed under dream-pop, its approach can be frustrating and emotionally unsatisfying. 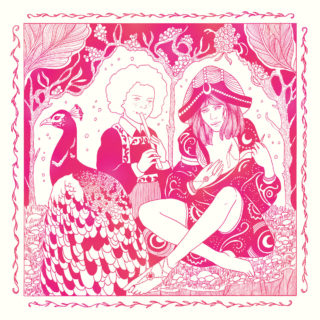