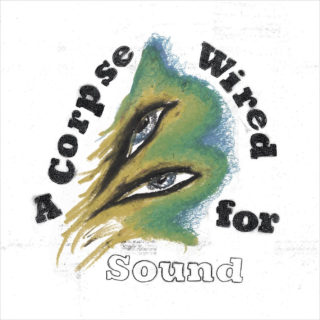 ‘A Corpse Wired for Sound’ takes its title from a short sci-fi story by JG Ballard. This reference, say the band ex-punk band from Tampa, Florida, alludes to their current fragmented, born-again state (they are now a trio collaborating long-distance). Merchandise is, according to guitarist Dave Vassalotti, a “distended corpse responding to you from both sides of the Atlantic.” This alarming metaphor seems a little extreme for what is, in many respects, an unremarkable record that neither tries nor succeeds to transgress generic conventions. That is to say, I suppose, that there’s nothing shocking about ‘Corpse’, although there are moments of greatness, as the band happily return to their earlier mope-rock sound; namely in the beautiful lingering intros, which seem to cleverly offer a kind of aural reflection on the song to come – especially evident on ‘Lonesome Sound’ and ‘I Will Not Sleep Here’.

There is truth and beauty here, certainly, but it’s a floating, meandering kind of truth that speaks more to the mundane loneliness of the everyday than it does to wired corpses, distended or otherwise.