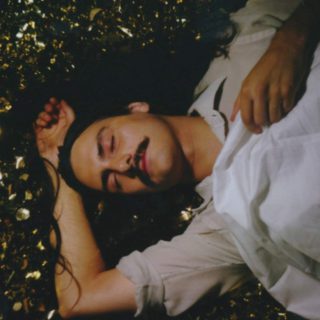 A bright and jangly opening riff introduces Michael Rault’s second album – and it really is a riff, in the old-school sense of the word, nestling in similarly old-school production. ‘I’ll Be There’ is the kind of song evocative of college kids on a cross-state road trip in the early ’70s. There’s a brightness, a tangible exuberance about it; meanwhile the title track is soaked in lazy, sun-drenched optimism.

Rault is an adept constructor of melody, using big friendly building blocks, simple musical chunks laid down one on top of the other. He plays by the rules, with often pleasantly engaging results, but he never steps outside of them. This is fine as long as the songs are chiming happily in your brain – a jangly chord here, a catchy hook there – but when the quality of the songwriting dips, your engagement with Rault’s music slides towards mere ambivalence. The lengthy, meandering ‘Where The Sun Shines’ brings the album to an ironically dreary close.

Rault’s openly backwards-looking approach is somewhat mystifying. If someone told you this was a digitally remastered version of some unearthed, dusty reel-to-reel recordings from half a century ago you’d have no problem accepting that. As an artist, if you’re going to embrace and replicate an era already rich with its own original exponents, you’d better make sure that what you’re producing fifty years later is a very fine example of the style – otherwise all you got is an album that’s as passable as ‘A New Day Tonight’.